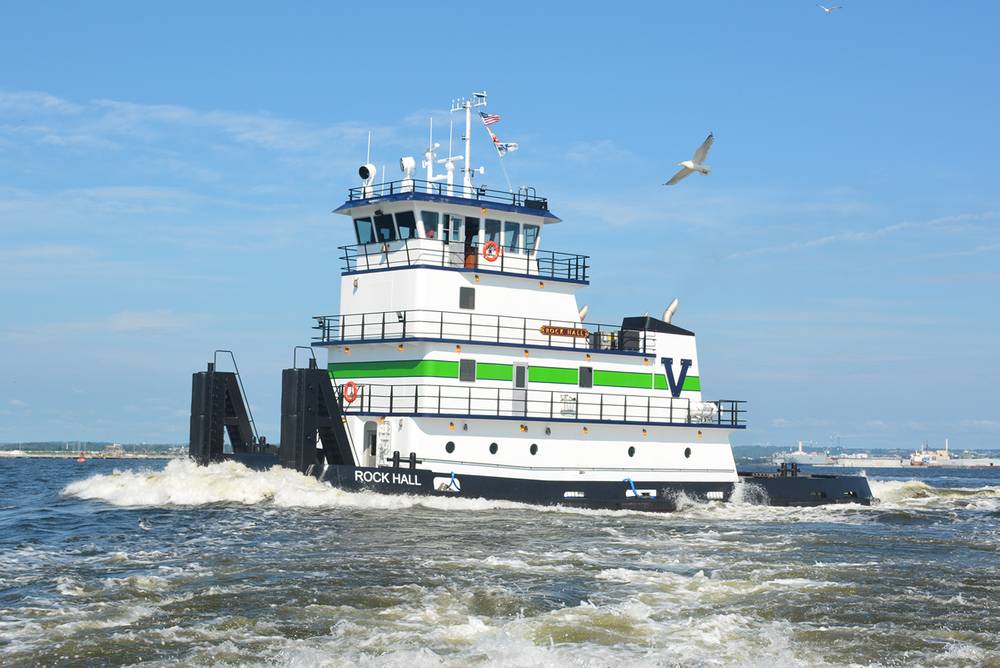 The Van Brothers Company is a marine transportation provider primarily responsible for moving petroleum products via tugboats, barges and articulated tug/barge (ATB) units. For nearly 125 years, the company has provided a wide range of maritime services that includes ship bunkering; the delivery of marine lubricants, stores, and non-potable water; and inspection of onboard safety equipment.

The story of Vane Brothers began in 1898, when Captain William Burke Vane and his brother, Captain Allen P. Vane, established a ship chandlery (providing nautical supplies) in Baltimore. Burke and Allen’s cousin, Claude V. Hughes, joined Vane in 1920. Today, it is the fourth generation of the Hughes family that guides the company, which has become one of the nation’s premier marine transportation providers. Still headquartered in Baltimore, Vane Brothers operates approximately 50 tugboats and 80 barges out of multiple locations on the U.S. East, West and Gulf coasts, in the Great Lakes Region, and in the Caribbean.

For the fi rst time in the company’s 123-year history, Vane Brothers is operating vessels in the Great Lakes region. The Vane 4,200-hp tug New York and barge Double Skin 509A have been involved since early winter in the movement of asphalt on both sides of the U.S.-Canada border. This expansion is in addition to Vane’s operations on the U.S. East, West and Gulf coasts, and in the Caribbean. Elsewhere in recent months, Vane has put two 3,000-hp newbuilds into operation: the Cape Henry model-bow tug and Rock Hall square-bow push boat. Both were constructed at Chesapeake Shipbuilders & Naval Architects in Salisbury, Md.